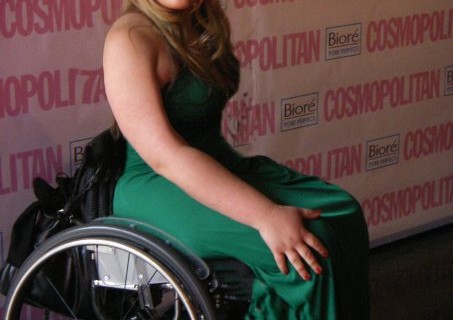 Paralympian Marayke Jonkers has been named inaugural winner of Cosmopolitan and Biore’s Fun Fearless Female Award at an intimate red carpet lunch attended by some of Australia’s most inspiring women.

Delta Goodrem, Kerri-Anne Kennerley,Sophie Falkiner and Carla Zampatti were among the first to congratulate the 25-year-old from Maroochydore when she was selected by the Cosmopolitan team from more than 1000 nominations.

Since being paralysed in a car accident at just eight months old, Marayke has thrown herself out of planes, broken world swimming records, backpacked around Europe and graduated from university earning top marks.

At the event, Marayke announced she will use her  $10,000 prize to start a charity assisting other athletes with disabilities to achieve their sporting dreams.

“ It has long been a dream of mine to be able to give something back to the community and help others to experience sporting success, and now I have the means to do it,” she said.

She will also appear in an upcoming edition of Cosmo.

During her 12 year swimming career she has broken over 70 Australian records, the world record for 100m butterfly and won 2 bronze medals at the Athens 2004 Paralympics.

It was Marayke’s drive and determination that captured the eye of the judges.

“I want to show people that having a disability doesn’t make you any different and is no barrier to having fun and kicking some serious butt,” Marayke said of winning her award.

The Cosmo Fun Fearless Female Award has been running in the United Kingdom since 2003 and in United States since 1998. Past winners have included Beyonce Knowles, Sandra Bullock and Alicia Silverstone.

Cosmopolitan editor Sarah Wilson said the awards were an important way of reminding women they could have it all.

“The whole ethos of Cosmopolitan is based around inspiring women to get what they want out of life and Marayke does that in every possible way,” Ms Wilson said.

“She’s a fantastic example of what you can achieve when you combine a positive approach to life with incredible drive.”

The win capped off an incredible  week for Jonkers, who broke the Australian record at the National short course championships in Melbourne on Friday. 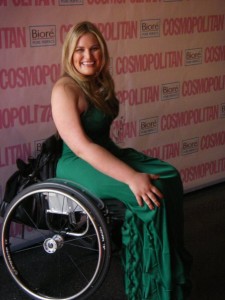 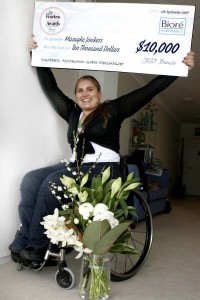 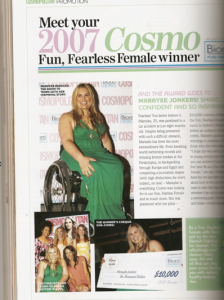 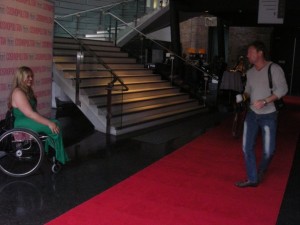