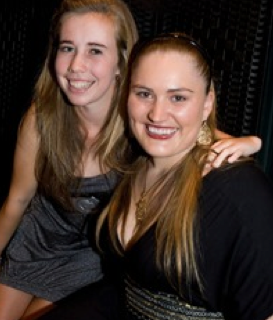 Lucy is a 15-year-old champion sprinter from Caloundra. Lucy, who was born without a radius bone in one of her arms, took out the under-15’s 100m and 200m for athletes with disabilities at the school athletics state championships in October 2008.

She has also competed in shot put and long jump, but is now focusing on her running.Her coach is Australian Olympian and flag bearer Denise Boyd, who is impressed by Lucy’s commitment.

“Lucy is training six sessions a week- 3 track,1 run,2 core strength and 2 gym. She is committed towards reaching her goals.”

Lucy has competed in little athletics alongside able bodied athletes, as well as at the state and national championships for athletes with disabilities since 2004 where she won numerous medals.

On top of her busy athletics schedule, Lucy takes weekly tennis lessons and was a member of the interschool touch football team from 2004-2007. When she was younger competed in swimming at the sporting wheelies and disabled state championships and the Primary school state championships in 2005.

Lucy is an all round achiever, complementing her sporting endeavours with cultural activities including being a member of her school choir, playing the violin, performing in various school musicals and plays, performing in Annie the musical and being a member of the Wakikiri state winning team in 2003 and 2004. In 2007 she was awarded her schools most improved award.

Lucy is aiming to compete at the London 2012 Paralympic Games, after narrowly missing selection on the Australian team for Beijing.