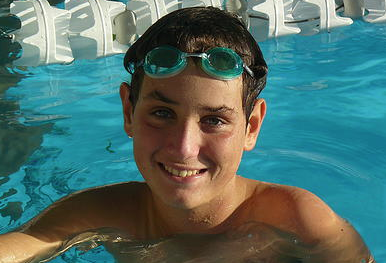 Sebastian  lives in cairns  and  competes  in swimming and surf  life  saving. He dreams of competing at the  Paralympic games in  2016 and 2020.
​
Just before his 4th birthday Sebastian was operated on for a benign brain tumour, and ended up with an acquired brain injury. Shortly after his surgery Sebastian started swimming after the rehabilitation team from the Royal Children’s Hospital in Brisbane recommended it as physiotherapy.
Sebastian took to the water like a fish. Now a year 9 student  he says his greatest sporting achievements so far as being to represent Queensland  twice at the National School swimming Championships held in Perth in  2009 and Melbourne in July 2011.