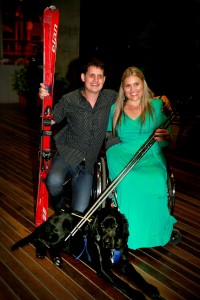 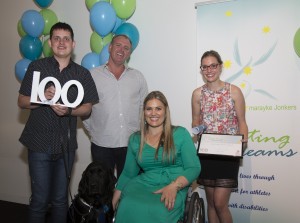 But by that weekend he was in hospital having completely lost his sight  in one eye due to an unexpected bleed in the  in operable brain tumour  which has been causing him to slowly lose his vision. Sporting Dreams  has set up a fundraising page on Jordan’s behalf  to support Jordan  adjust to his new way of life  without  vision in one eye  as well as  to support his skiing career when he’s out of hospital and back on the slopes.

Despite his latest health set back Jordan is determined to get back on the slopes and back into life- but he needs your help both to support his skiing and his new life without a vision.

please donate generously via  the link   at the top of this page.  all donations over two dollars are tax-deductible.  You will be taken to   these Sunshine Butterflies website who are collecting donations on Jordan’s behalf. 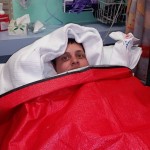 Jordan skis with a guide because he has a vision impairment due to an inoperable tumour growing on his optic nerve.  He had tried skiing  prior to losing his sight and was determined to get back on the slopes. 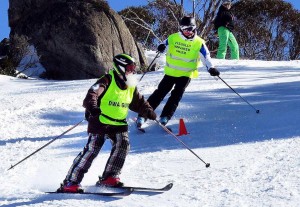 He now aspires to represent Australia at the 2018 Winter Paralympics and is already well underway, having been  invited to train recently with the Australian Paralympic squad.

Jordan, who lives in East Brisbane, also competes in swimming and tandem cycling, building his leg strength for skiing.

Living in Queensland with no snow  does not faze Jordan at all,   using a special skiing simulator machine in his Brisbane home and  joking that he is QLD’s own version of the “cool Runnings”  movie about the Jamaican bobsled team.

Jordan has been climbing metaphoric mountain is his entire life.

Aged just 11 he had a stroke and was placed in a coma with only 3% chance of survival. Jordan didn’t speak for three months. 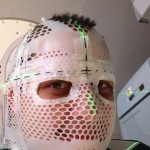 One year later Jordan and his family discovered he has a rare form of cancer, Jordan endured radiation but the tumour is inoperable.

Until  now he still  has partial vision but knew that one day he would  become completely blind. On October 4, 2014, the day after the Sporting Dreams awards ceremony Jordan last complete sight in one eye after a bleed in his tumour. He is currently in hospital but is determined to be back on the ski slopes next year to train in Canada as planned.

Jordan has some memory loss, and still has regular health checkups. Jordan and his mum Marie raise awareness for childhood cancer and acquired brain injury. But with the support of his family and his guide dog Ekka Jordan continues to speed towards his Paralympic dream.

Remarkable when you consider he only finished cancer treatment a year ago.

Imagine careering down a mountain at over 70 km an hour. Now imagine doing it partially blind, without being able to see where you are going.

Relying on the instructions of a guide in front of you. This is how Jordan trains every time he hits the snow. The guide communicate via a helmet mounted radio. Jordan’s guide Richard is also a doctor. 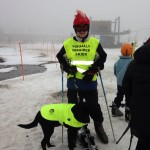 Jordan aims to compete in the 2018 Winter Paralympic games in Korea. If Jordan succeeds in his quest he could make history becoming Queenslands first ever winter Paralympian.

Living in Queensland without snow may make it seem impossible to be a skier. But not for Jordan, he uses as skiing simulator called skiers edge machine.To build his leg strength for skiing he also does other sports: gym, Pilates, tandem cycling and swimming. He jokes that he is Queenslands own version of ” cool runnings”  the famous movie about the Jamaican bobsled team. 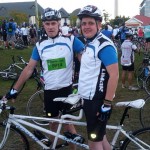 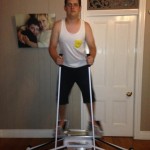 Demonstrating his fitness he even walked the great Wall of China raising awareness for vision Australia. This year he was invited to train with the Australian Paralympic team, and an amazing achievement given he has only been skiing for a year. Jordan plans to head to Canada in January for further training (as there is no snow in Australia in summer).

He’s fundraising and keen to get on the snow again. 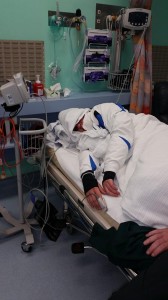 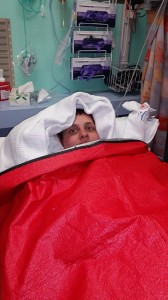 Jordan is currently in hospital  after a  bleed in his tumour,  and has now gone completely blind in one eye ( previously he had partial sight). He has a remarkable sense of humour, telling his mother Marie he now doesn’t know whether his eye is open or closed because it is all dark. She says “being an intelligent boy he decided to use his iPhone photo and determine whether both his eyes are open, ” says Marie.

Despite his latest health set back Jordan is determined to get back on the slopes and back into life…………..  but he needs your help both to support his skiing and his new life without a vision.

We are seeking  donations ’s support Jordan  adjust to his new way of life  with his vision impairment,  as well as  to support his skiing career when he’s out of hospital and back on the slopes.

most importantly of all your donations and support  will boost Jordan spirits well he is in hospital.

( donations over two dollars are tax-deductible.)