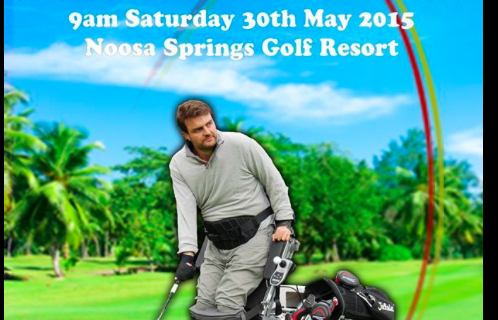 The event will see the QLD debut of the $35, 000 para golfer- a specially designed wheelchair which allows people with mobility difficulties to stand in upright position and swing a golf club unimpeded and travel around the course.

Tullipan, who lost his legs and suffered severe burns in the 2002 Bali bombings, has partnered with James Gribble from Empower Golf to ensure athletes with all disabilies are able to try and adapted equipment including the para golfer machine.

“It will be great to see as many people out there enjoying the game as possible, so we are calling for people to register or come on the day and participate he said.”

Mr Tulipan took up golf as a form of rehabilitation after suffering severe injuries in the terrorist attack. Having ventured into the Sari club to buy a bottle of water moments before the bomb detonated, he was the most severely injured Australian and person closest to the bomb who survived, after denduring many months in a coma and multiple surgeries.

He is living proof that anyone can participate in golf and the sports transformative experience in his life is what has driven him t become involved with the Queensland Amputee Golf Association and put on the come and try golf day.

Other adaptive equipment such as lighter clubs and clubs with gloves and special grips for people with arm impairments are also available.

Organiser Mr Gribble from Empower Golf says everyone is welcome to participate from people with physical disabilities such as a spinal cord injury, cerebral palsy or muscular dystrophy , athletes with an intellectual disability through to more elderly golfers who simply need support to stay upright and get around the golf course.

“We have a gentleman in Sydney who is 100 years old and about to try the paragolfer”, says Mr Gribble who is a quadriplegic himself and has adapted equipment to enable him to compete.

The event, organised by Empower Golf and the Queensland Amputee Golf Association is being conducted prior to tee for the National amputee golf Championships, which will see 60 competitors from around the nation converge on the Sunshine Coast to vie for the national title in five separate classifications (below knee, above the knee, below elbow, above the elbow and multi).

Sunshine Coast Paralympian Marayke Jonkers became involved after providing a grant to Mr Tullipan to assist his golf through her charity Sporting Dreams, and when he contacted her to help publicise the event on the Sunshine Coast she was more than happy to help although her own injuries mean she will not be able to compete in the golf.

“This is a once-in-a-lifetime opportunity to try and very expensive piece of equipment whether you aim to become a competitive golfer or want to enjoy a round with mates we are very fortunate to have this event on the Sunshine Coast. I would encourage anyone who’s ever wanted to try golf to come along” the triple Paralympic medallist said.

Also taking to the golf course in paragraph for the first time will be Sydney 2000 discuss gold medallist Stephen Eaton of the Gold Coast. 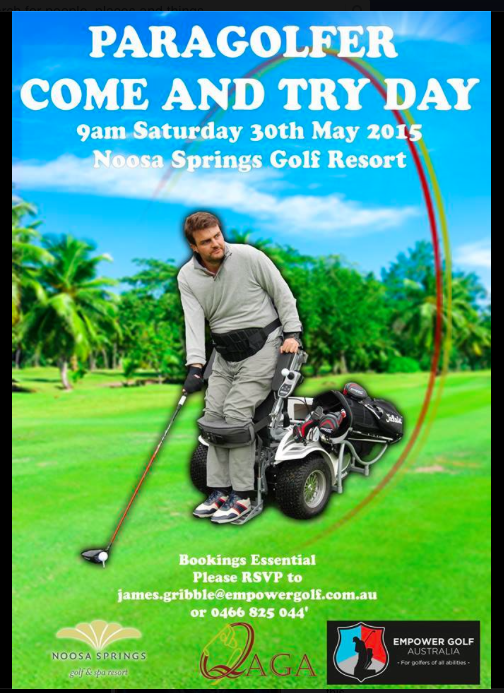